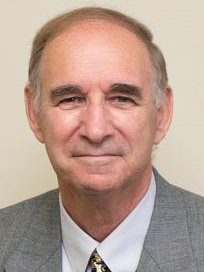 Paul graduated from Seattle University in 1964 with a business degree. During high school and college he worked in the Portland, Oregon bakery begun by his Austrian grandfather in the early 1900’s.

After college he worked in industrial supply sales and his family’s bakery. He then moved to the Kansas City area to work for United Bakery Equipment Company (UBE), where he managed U.S. and international sales. He led the company in development, manufacturing and sales of the bun packaging line called the “Autoload”, which stacks and packages buns in polyethylene bags for the production lines of major U.S. and international bakeries. After 42 years, he left UBE in 2013 and now advises his son, Stephen, who leads the Lenexa Manufacturing Company in Lenexa, Kansas.